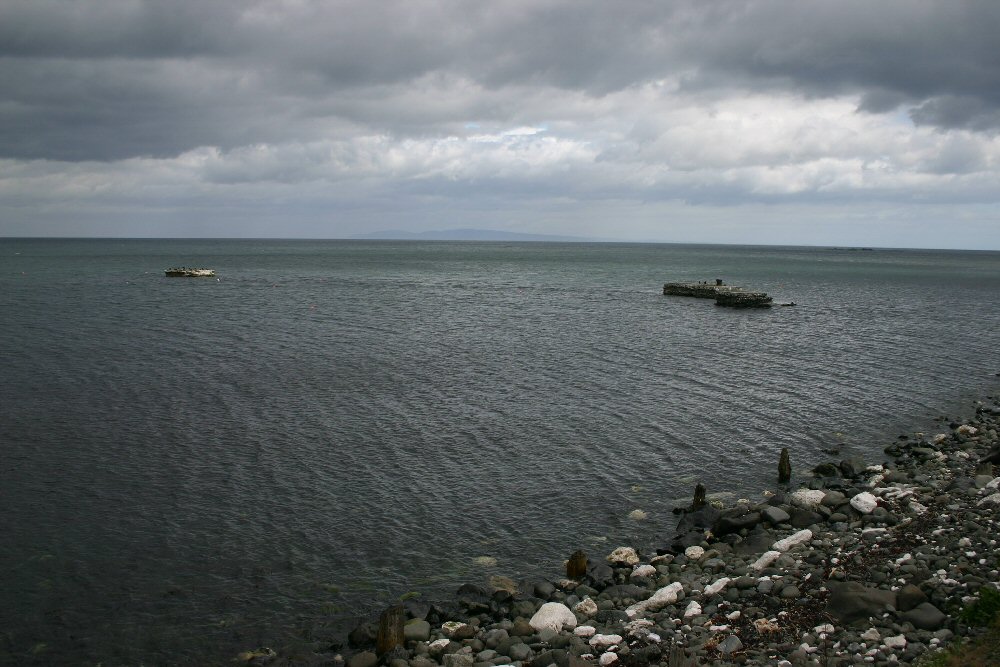 In 1873, a railway was constructed along the south side of the glen to transport iron ore from the Cloghcor mines at the valley head to Milltown Pier, which lay on the south side of Red Bay at Glenariff. The six-mile long track had the distinction of being the first narrow-gauge railway in Ireland. With the closure of the mines in the 1880s, the railway ceased to function. Its route is most clearly seen from the road along the north side of the glen. Parts of the White Arch Bridge, which carried the railway over the coast road to the pier, still remain. Nearby is a terrace of houses formerly occupied by mine and railway workers.

In 1901 a large portion of Milltown Pier was washed away in a storm. Cormorants, whose plumage is not waterproof, find the remaining fragments a convenient place on which to perch and spread their wings to dry.