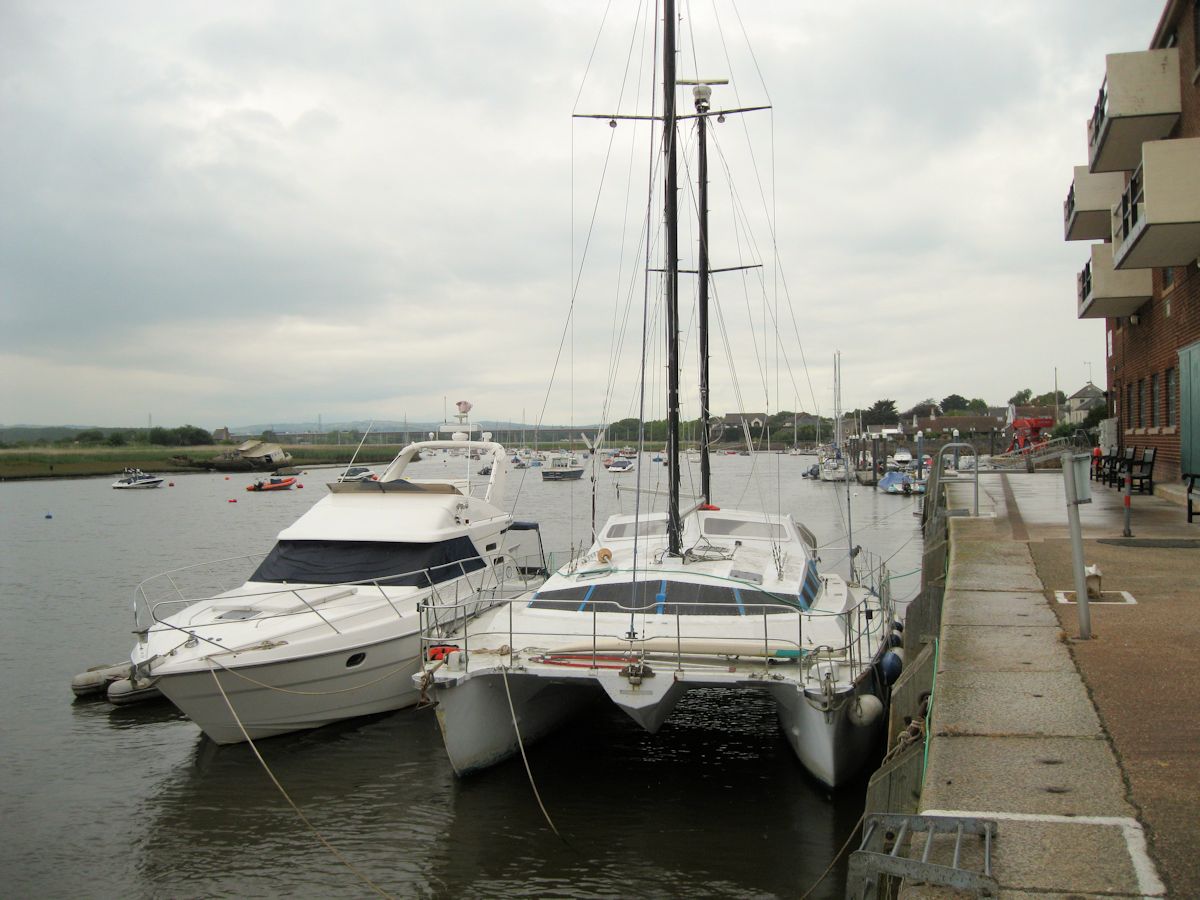 Topsham has been a port since Roman times. The Earls of Devon, the Courtenays, who owned the manor of Topsham, ensured the success of the port by building a weir across the river in 1284. This left only a small gap for very small vessels to reach Exeter. forcing most ships to discharge their cargoes at Topsham.

For centuries there has been shipbuilding at Topsham, and many associated trades such as ropemakers, sailmakers, anchor-smiths, block-makers, artificers and tradesmen's shops.

In the 17th century the woollen industry was at its peak, mostly in the form of serge cloth which was despatched from Topsham. Some merchants built grand houses along the Strand, often copying the attractive Dutch style of architecture. Many ships were built for the Napoleonic Wars.

In 1627 the city council extended the ship canal to Turf Lock, which opened up Exeter Quay again, taking away much of Topsham's trade. However, London steamers still used the port weekly, and there were also steamers to Torquay, Brixham and the Chsnnel Islands. This trade came to an abrupt end in 1842 when the Great Western Railway arrived with the cheaper alternative of rail travel.

With the coming of steam the shipbuilding industry declined. By the end of the 19th century the main inductry was salmon fishing. Topsham became a dormitory town for Exeter.

Nowadays Topsham has seen a revival of boatbuilding, mainly small sailing boats and luxury yachts, as well as a successful powerboat workshop. The former warehouse on the quay has become a three-storey antiques centre.

A passenger (and cycle) ferry operates across the River Exe from Topsham to the Exeter Ship Canal and Exminster Marshes daily in the summer and at weekends during the winter. The Ferry operator is Mike Stevens (07801 203338).