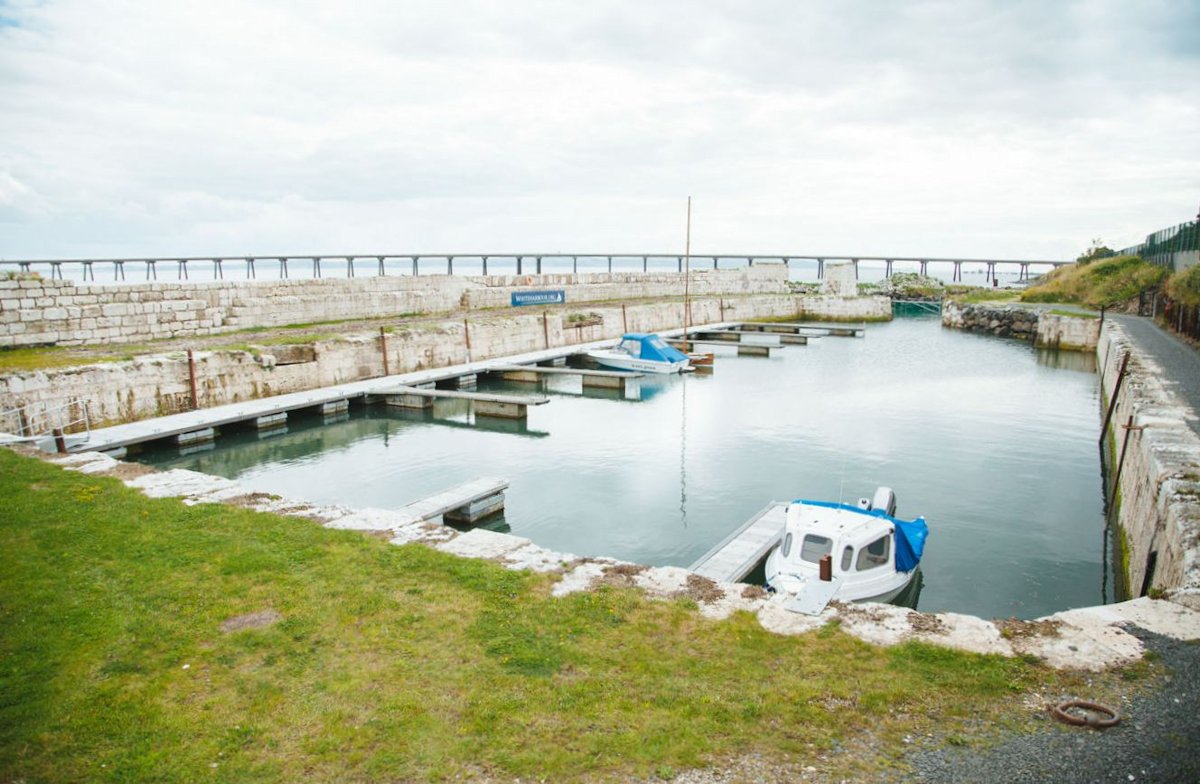 For decades this old harbour, built around 1850 by David Stewart Ker (owner of the townlands of White Head and Knocknagullagh), lay in ruins and silted up, but prints from 1865 show the harbour full of sailing ships and the railway running past it. A notice in 1853 boasted of a thriving limestone and brick trade, as well as a ferry passenger service between Belfast and Whitehead. There was a Harbour Master's house and a wooden jetty running from the harbour.

The White Harbour lies between Whitehead Cliff and Cloughan Point Oil Depot. At one time, goods would have been landed here and transported up a narrow path to the top of Quay Lane, and onwards into Whitehead.

The harbour was bought privately by a Mr Murdock and restoration work started in 1988. The following year, during dredging in the harbour, the remains of an old boat were discovered and in 1990 the first boat in over 100 years entered the harbour, followed in 1993 by the first sailing boat.

An extensive restoration commenced in Spring 2014. The harbour was dredged, new pontoons were put in place and harbour walls and buildings were made structurally sound.

The first regeneration stages were completed by August 2015 and the harbour is now welcoming applications for pontoon and quayside berths, along with many other events and activities.