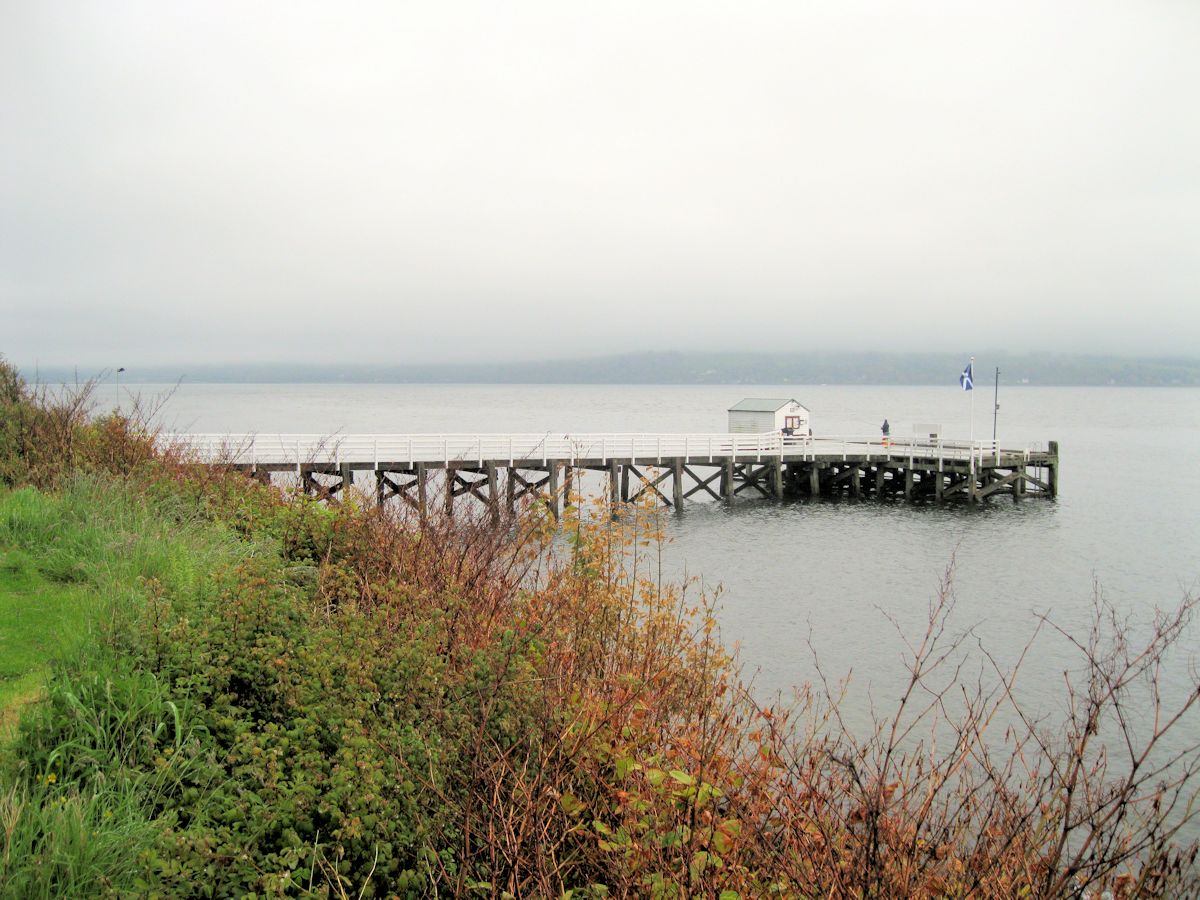 This timber pier was built in 1855 and was used by the Clyde steamers. By the end of the 19th century, it was experiening some 4000 calls per year, mainly by railway steamers. In 1922 it closed for repairs and was gifted by the Younger family to the Forestry Commission.

Further deterioration in the fabric of the pier necessitated closure in 1998, preventing planned calls by the Waverley and Balmoral. The pier was finally restored in 2005 by Argyll and Bute Council and the Friends of Blairmore Pier Trust.

The pier is a frequent port of call for the Waverley. In the recent past the Helensburgh/Kilcreggan passenger ferry has called here, although not at present. It is hoped that Clyde Marine will be able to resume this service.

The pier is also occasionaly used by the Navy. The pier building is now a holiday home.

The pier promotes itself as 'The Marine Gateway of the National Park', according to a sign on the quay.