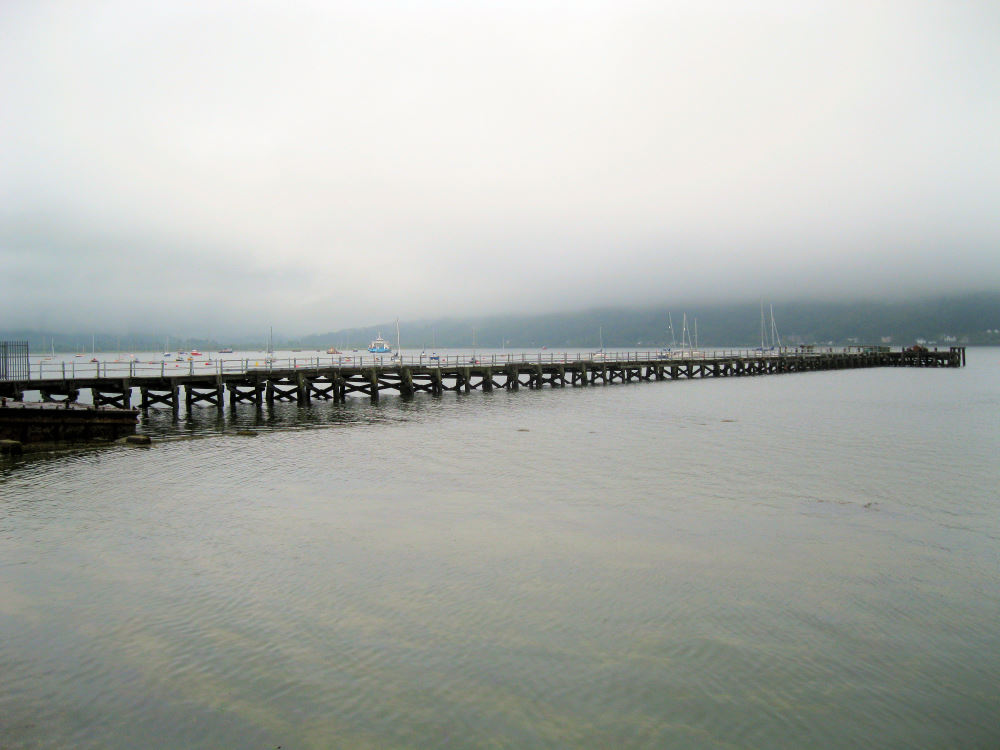 Ardnadam Pier is 160m long and has the distinction of being the longest of the Firth of Clyde piers. It was built in 1858 and served as a traditional steamer pier in the glorious days of 'trips doon the water' and as an essential means of transport to Glasgow.

With the decline of the steamers, activity on the pier reduced, but when the Royal Navy established a base here during WW2 it again became very busy. A few quiet years followed, but in 1961 the first US Polaris submarine sailed in to the Holy Loch. The American Navy eventually pulled out of the area in 1992.

The pier is now no longer used and is in a poor condition.