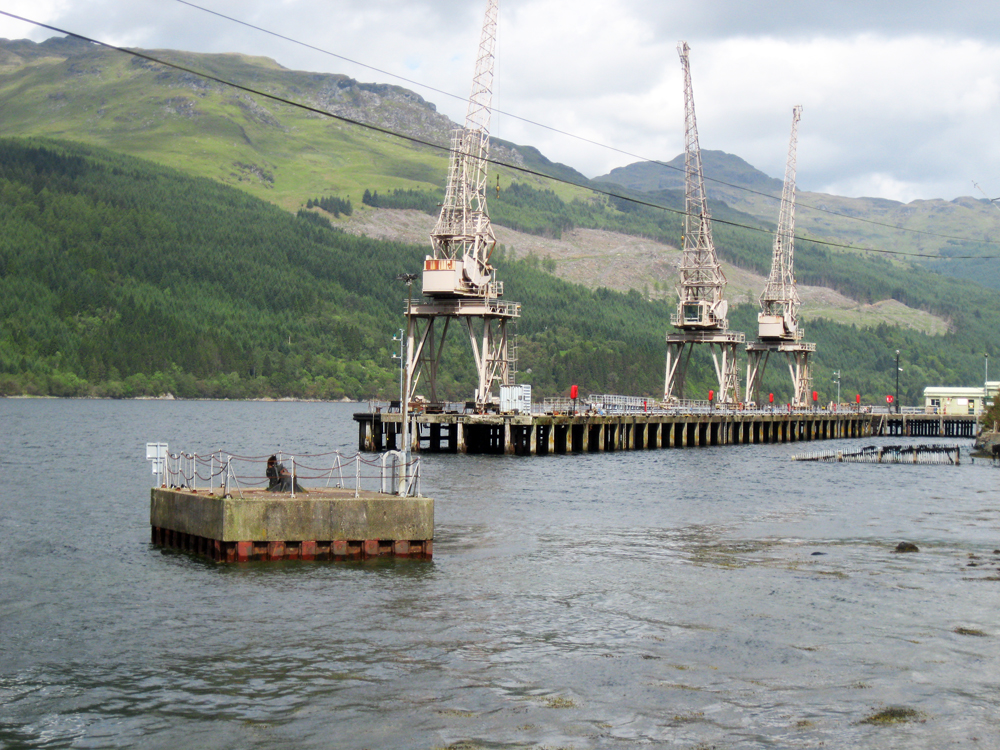 Glenmallan (or Glen Mallan) jetty lies on the west side of the A814 road, and was built during the 1970s to provide facilities for the loading and unloading of munitions and stores for vessels of the Royal Fleet Auxiliary (RFA) and the British fleet. The jetty's explosives handling licence permits up to 44,000 kg of explosive material to be handled at any one time, and this is reported to be four times the amount permitted at the Crombie Depot. The jetty serves the Glen Douglas Munitions Depot using a purpose built road connecting the two, and owned by the MoD.