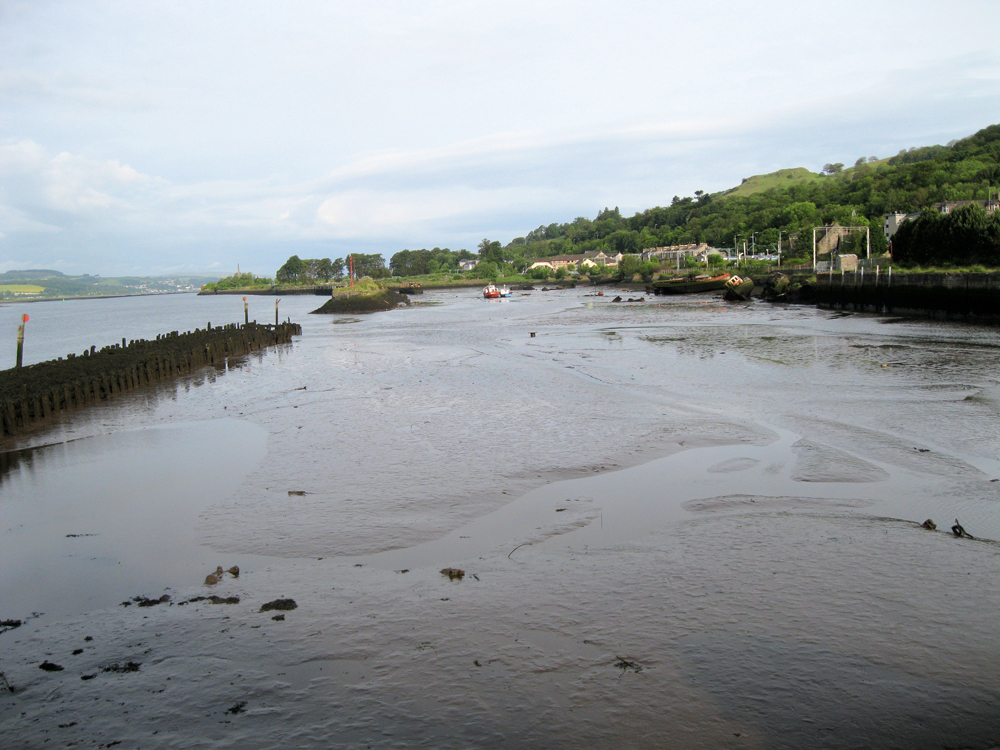 The natural inlet at Bowling together with its location at the junction with start of the Forth and Clyde Canal lent itself to further development as a harbour and as a suitable site for shipbuilding and repair. In 1790 the Port Glasgow shipbuilder William McGill constructed a brig in the canal dry dock. Subsequently he leased the dry dock, continuing in business there, building 44 ships, until the dry dock was removed and the harbour enlarged in 1846. As Scott & McGill, a partnership formed in 1851 and lasting until 1979, they built a further 500 vessels.

The Clyde Trustees had started work to improve the harbour in 1835. Both they and the Forth and Clyde Canal Company made substantial improvements in the 1840s. They raised the dykes, defining and extending the harbour, and created a canal entrance lock which opened in 1849. From the 1840s the harbour was regularly used as a winter mooring place for Clyde steamers.

Sadly, as shipbuilding and ship repairs ended in the mid 20th century, the harbour became known as a ship's graveyard, with many rotting hulks lying there, creating an unsightly area.

In 2008 British Waterways Scotland and Scottish Enterprise Dunbartonshire completed a major refurbishment and improvement programme around the Harbour and along the Canal. Many of the wrecks in the old harbour have been removed and whilst the harbour dries at low water, and is no longer used, it remains as the access to the start of the Forth and Clyde Canal, which is accessible two hours either side of high water.