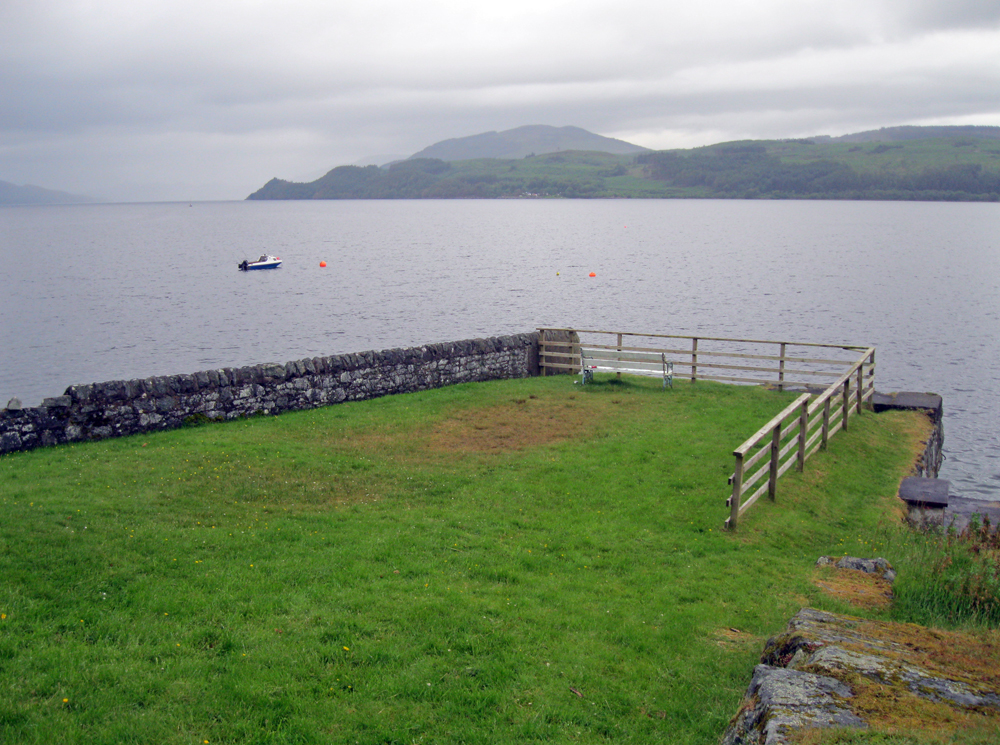 Probably built in the 18th century, the pier used to be much longer and was originally used by steamers which had sailed up Long Fyne from Glasgow. It fell into disrepair in the 1960s and the then owner Fitzroy Maclean had it blown up, leaving just the shore-end stump that is now visible.

The pier is no longer in use, although fishermen and holiday-makers enjoy it and it is even used as an occasional wedding venue. It is situated directly opposite the Creggans Inn.