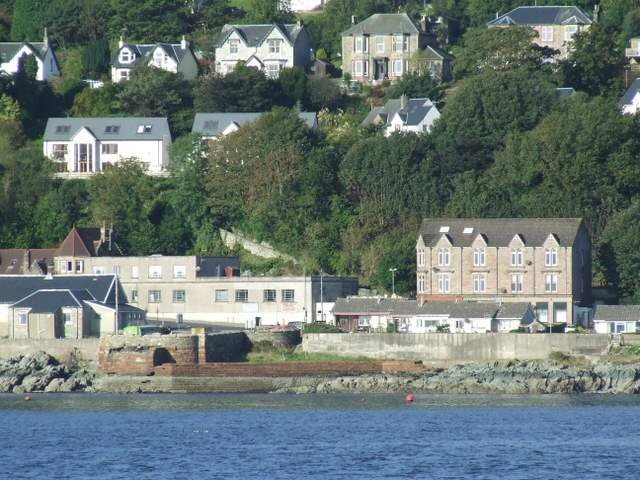 Dating from 1850, the pier was of wooden construction and built to serve the many steamers which operated on the Firth of Clyde in Victorian times. The popularity of the village led to the pier being extended around 1900, in order to cope with increasing traffic and the deeper draught of the newer steamers. However, by the 1970s, the cheap package holiday had seen most of the area's annual holidaymakers desert the Clyde coast and its resorts for the guaranteed sunshine of places such as Spain, and most of the steamer piers around the Firth of Clyde closed, including Innellan in 1972.

The pier was reopened for about seven months during 1974, when the Ardyne Point Yard was opened by Sir Robert McAlpine to construct concrete oil platforms for use in the North Sea, but after the shore road was upgraded, the market for such platforms collapsed (only three platforms were ever completed) and the old wooden pier was finally closed. The last of its remains were demolished and cleared by the Army between 1996 and 1997.