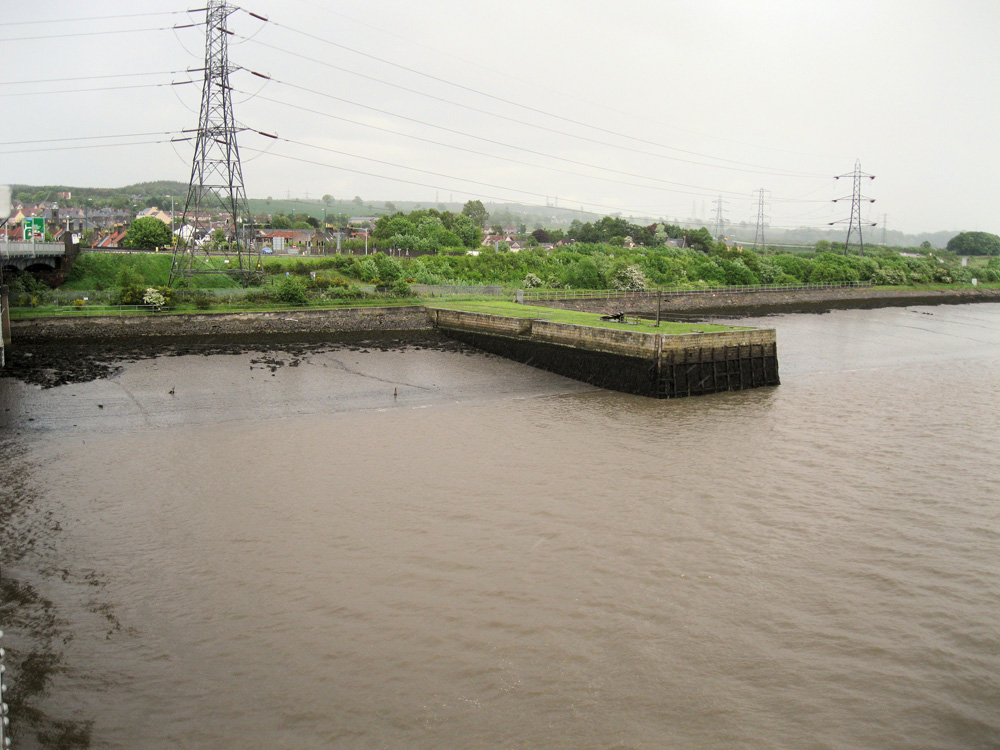 "Kincardine, a small seaport town in Tulliallan parish, SE Perthshire (detached), on low flat ground on the left or NE bank of the river Forth, 3 miles S by W of Kincardine station on the Stirling and Dunfermline section of the North British, this being 3¼ miles E of Alloa and 10½ WNW of Dunfermline. Occupying one of the best situations on the Forth, with a good quay and a roadstead 21 feet deep, where 100 vessels may ride in safety, it once, and for a long period, was the seat of commerce for nearly all places round the head of the Firth of Forth, precisely as Leith and Burntisland are the seats of commerce for nearly all places round the southern and northern sides of the lower parts of the Firth.

It commands a safe ferry, ½ mile wide, across the Forth; and, prior to the railway era, was the grand ferry station between Fife and Kinross-shire on the one hand, and all the SW of Scotland on the other. Seventy years ago it carried on shipbuilding to so great an extent as sometimes to have from twelve to fifteen vessels on the stocks at once; and it still has a few ships, a rope and sail work, and two woollen factories; but its former extensive distillery, brewery, salt works, and collieries are now extinct or exhausted. It is a regular place of call for steamers on the passage between Stirling and Granton."

Nowadays, the quay is deserted, except for the occasional line fisherman.